Both films take place (largely) in the past. Both are rather funny. Both involve families dealing with internal drama, as well as junior high kids reconciling with their parents. Both movies feature distinctive older styles of music and fantastical elements.

Only one of them gets called "woke" as a negative review, and damn, I’ve not seen a better example of Godwin’s Second Law. 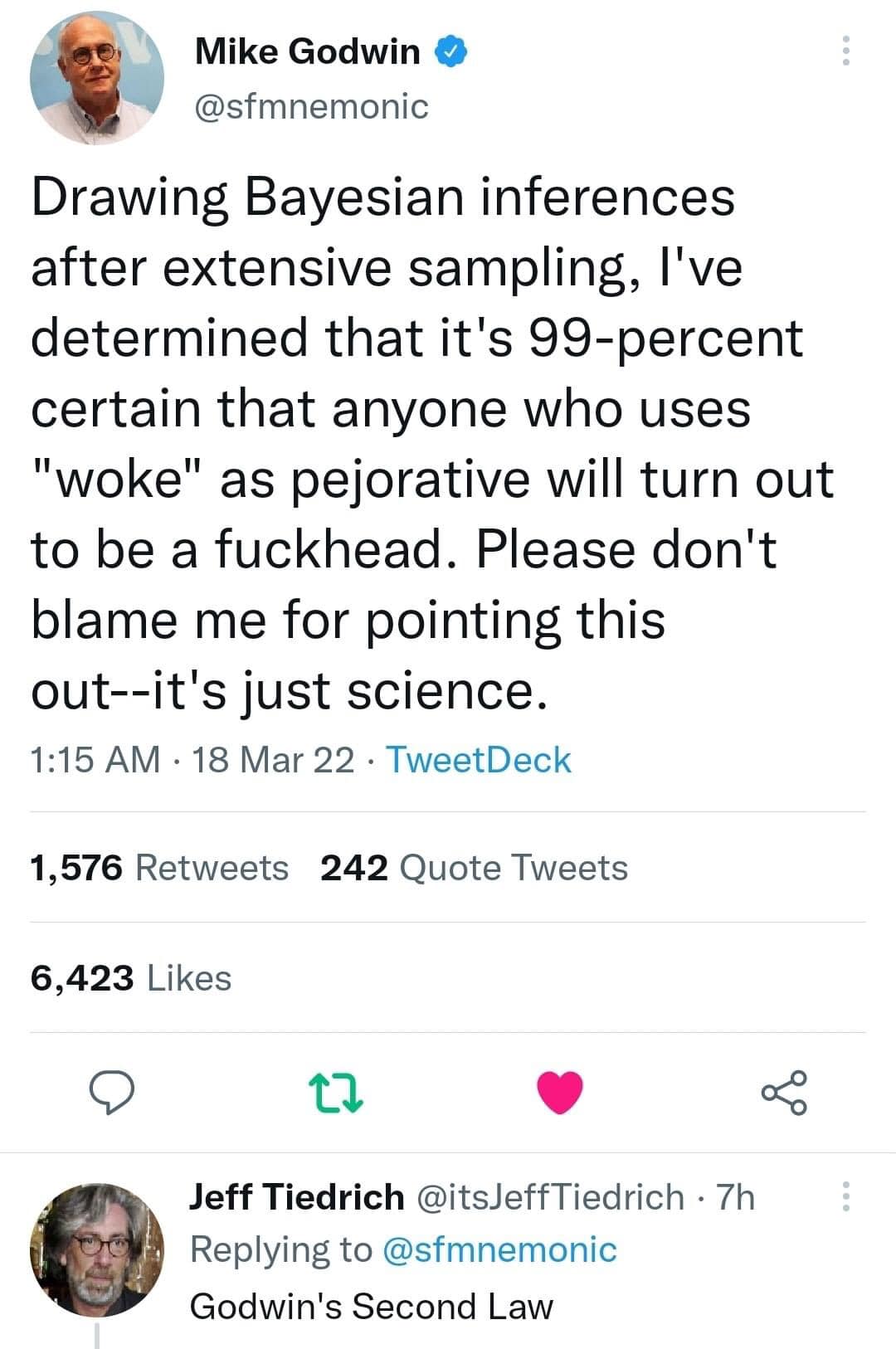 Because the biggest difference between those two movies is that "Turning Red" doesn’t put white men front and center. The cast of "Turning Red" is multicultural, and focuses primarily on teenage women and mothers instead of teenage men and fathers.

This isn’t a criticism of either film. I liked them both, recommend them both, and definitely think there’s plenty of room in the world for them both to exist without any problems.

This is not even a criticism of the special little darlings who feel like they have to say "woke" or "politically correct" as if it was some kind of insult.

After all, they’re doing us a favor.

With their posturing and edgelord rhetoric, they are letting us know two very important things about themselves.

First, they’re clearly letting us know they have so little empathy that they can’t relate to a fictional character who happens to look different than them.

Second, they’re also letting us know they are so unimaginative, so unintelligent that they are utterly unable to see the humanity in someone who is not exactly like themselves.

Those who use "political correctness" as a slur, who think "SJW" is an insult, who use "woke" as a pejorative are nothing more than poor, sad, pathetic creatures. They truly are the most miserable of the species. Confused and frightened by different colors and shapes, they can only react by throwing a temper tantrum if they don’t get the special pampering and coddling they think they deserve. They are sadly unable to comprehend that other people have thoughts, feelings, and emotions as well.

Luckily, they advertise their own self imposed ignorance, thus warning the rest of us ahead of time.

Their virulence, their inability to accept that there are parts of popular culture about people other than themselves, is a gigantic display of their impotence, ignorance, and lack of empathy. A warning sign.

For the rest of us, they’re doing us a service. Consider their spittle-soaked slander another version of the "waiter test" [1].

How well do you think they’re going to empathize with your friends and family?

How well do you think they’re going to empathize with your customers?

How well do you think they’re going to empathize with you?