Five Reasons to Not Give Your Creative Work Away 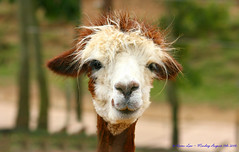 1) Putting your work online for free is not going to get you published. Yes, we all know John Scalzi did it. And he publicly says that he’s the exception; he put Old Man’s War on the internet because he was done trying to sell it. (From comments made at Millenicon 2009) Likewise, the work I put on the internet is stuff I’m not particularly trying to sell (to other publishers) for one of several reasons. To relate back to the pay rate thing, as Jeff Vendermeer points out, crappy credits aren’t going to sell your story. He’s writing from the perspective of a reprint market; I’ve been personally told (repeatedly) by editors that they don’t care how many credits are in your cover letter. Whether or not your current story is any good is what gets it bought.

2) None of the positive points I talked about yesterday is guaranteed to happen. You can put your work online, and nobody has to click on it. Or they could download it and never read it. Or they could download it, read it, and never buy your paid work, put money in your tip jar, or click on your ads. As Monica pointed out in the comments of her post, when Doctorow and Stross put full-length novels online under Creative Commons licenses, that was A Big Deal. Now, there’s lots of people doing it.

The same thing goes for podcasting – Christiana Ellis, Scott Sigler, Mur Lafferty, and J.C. Hutchins have all managed to get books from their work. They were also among the first podcast novelists, and so stood out by default. A brand new face… er, voice… starting a podcast novel today? Not so much. Additionally, for a non-trival number of people, they see no reason to buy the book after they’ve read it online or heard the podcast.

I’ve had two flash fictions run at Quantum Muse, where they run off of a “tip jar” model (here and here, if you want to read them). I’ve earned nothing from them.

You have to value your own time and energy, as Jim Hines, Tobias Buckell, and John Scalzi have pointed out. Hence, why I’ve not been sending anything else to Quantum Muse, even though I like the concept of their pay and submissions structure.

Brave Men Run, by Matthew Wayne Selznick is a different story as far as I’m concerned. His endeavors have been DIY-centric, rather than aimed at getting a publishing house to notice him.

3) There is a limited amount of time people have for entertainment. For every moment I spend reading 365 Tomorrows (or any other for the love market) online, that’s a moment less that I could be reading someplace that pays writers. So while free materials are not a perfect substitute – especially for known authors – they can take away time (and money) from other endeavors.

4) Free work online can depress the amount of money authors make. Scalzi recently ripped Black Matrix Publishing a new one – and rightly so – for the horrible pay rates they offer. Yet the vast majority of online, free-to-read markets are token payment or “for the love” markets.

Unlike Black Matrix, I do NOT think 365 Tomorrows (where I’ve had some of my own work published) or any of the other “for the love” markets are planning to make money off their endeavors. They just want a venue to be available. Sometimes it’s a specific niche that nobody else provides or provides well enough. But I’m not so sure that’s a valid excuse anymore; even places like Expanded Horizons that have a very specific mission pay a penny a word or more.

But see point number three above. If I’m reading free-to-read work, regardless of the publisher’s intentions, it’s taking away revenue and money from paid publishers. Which means they have less money to pay to authors. This is definitely something that should concern “for the love” markets; are they helping or hurting what they love? Further, as Ann Leckie points out – if they’re that small, is your story really going to get read by that many people?

5) Copyright. As Monica pointed out, it can be infringealicious out there, and it goes both ways. Infamously, SFWA issued takedown notices in 2007 on legal Creative Commons licensed content (the leadership and policy have since changed). Likewise, I’m certain that Creative Commons licensed work has been used in violation of the license; further the license can be confusing. Last year the CC folks held a referendum trying to clarify what “not for commercial use” meant, and I don’t think the consensus is widely understood.. Finding copyrighted work (whether books, movies, or music) illegally transmitted over the internet is trivial, with the information being promulgated by mainstream outlets like Lifehacker. When chatting with content creators in Second Life, they were horribly confused about the basics regarding copyright, trademark, and fair use. (One user asked if recreating a building in Second Life would be copyright infringement. No, I said – but it could be trademark infringement. It gets confusing.)

So what’s the end result? I think it’s a tossup. Personally, I post things here (for free) that I have no expectation of selling elsewhere. I’m writing the drabbles because I’m a full time grad student and a full time worker; it lets me practice and keeps me writing something when the urge to slack off takes over.

Currently, I’m submitting to semipro markets and pro markets. I’ve got three pending (or current) publications that I’m not getting paid for. The upcoming ones are in the Shine Journal and one in Yellow Mama; both are reprints. The third? My submission for the Spec The Halls contest, which is all about giving anyway.

For my part, I hope you enjoy the things I post here… and get you wanting more of both my work and the work of others. It’s the holiday season; give your friends and family books!